The intention here is to give the community some updates on the progress the team have made, aswell as giving the team the chance to bring some internal discussions to the community. I also plan to personally post updates in relation to the research I conducted (along with other members) in regard to the original games, to keep things neat and tidy as opposed to creating a billion threads here.

Firstly, a little back story. I started looking into S1/S2 (d3t; 2018) just shortly after release and quickly found the RE community. Upon joining the community, I became aware that the re-releases simply house the original DC/S2x data that was stored on the original release. There are a lot of (small) changes in the re-releases version of S1/S2, but mostly everything remains the same. Even in cases where there are significant changes in things such as models, the original DC/S2x data mostly still exists in the archives. There are some exceptions to this, such as dialogue audio and BGM, but in general everything is still there. With that being known, I set out on researching and reversing various components, systems and game logic in both games and helped with many reversing efforts which had started in other groups (Shenmue Audio Restoration Project, SDK development etc etc).

After months of research, I began to look into the potential for making true HD mods for the original games, using the original engine. However I quickly realised that this probably wouldn't be worth the time for the result we'd get. The reasons for this are pretty straightforward, the original engine is optimised to the point of adding things onto it will require more time than simply doing the same thing in another engine. This is why I decided to look into writing implementations for interfaces with the original engine, which can act as a middle-man between the original Shenmue engine and another 'donor' engine. And naturally, as I am proficient in UE4, I decided to use that as the donor engine.

Love it, wish you and the team best of luck and will be eagerly awaiting updates as this continues.

Great job you guys! Best of luck to everyone!
OP
OP

Really looking forward to seeing the progression, thanks for all your hard work guys!
S

I'd say there's something hidden in this thread 📺
D

LemonHaze said:
I'd say there's something hidden in this thread 📺
Click to expand... 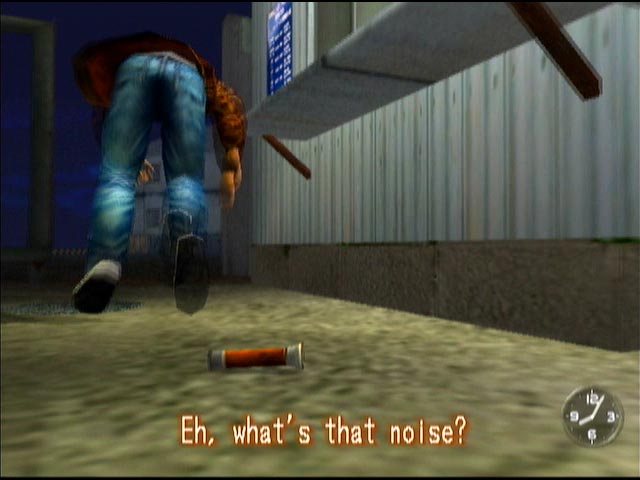 Youtube video compression doesn't make it justice, if anything it should be watched at the highest quality 😏

ner0 said:
Youtube video compression doesn't make it justice, if anything it should be watched at the highest quality 😏

This guy, he gets it.

Would genuinely donate to this cause if it helps make it a reality.

What's the current progress on the mod? Are you at a playable stage (ie controlling Ryo) or not yet?

Prologue looks absolutely amazing! Did you make new textures/ use texture mods? Is it me or trees look much better than in PC version of the game?
Thank you for your work! Can't wait to play it!

Currently playing
Making my own game