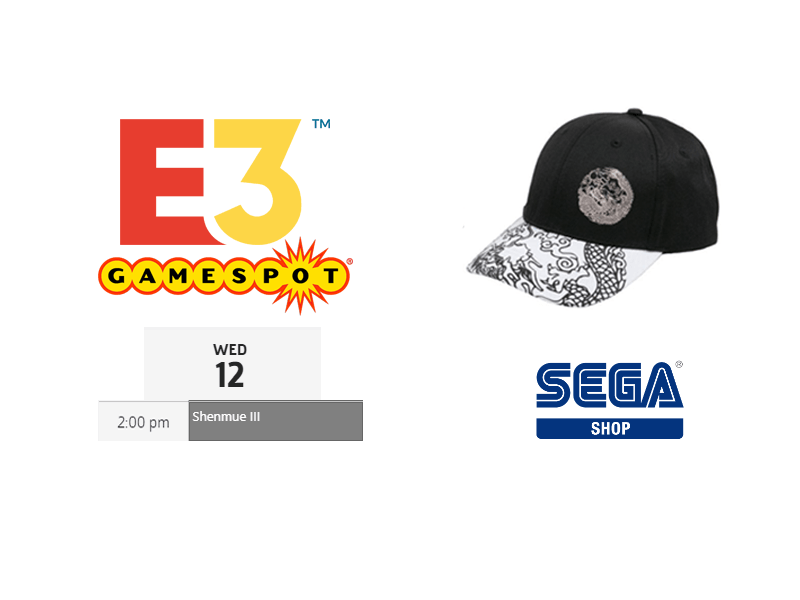 Gamespot have announced that on Wednesday June 12th, they will have a segment on their E3 livestream dedicated to Shenmue 3. The segment will begin at 2PM PDT, and 10PM BST.

What exactly will be shown is unclear, but expect impressions from their hands on session with Yu Suzuki, and possible exclusive footage if permitted. (huge thanks to ShenmueForever on Twitter for the spot. Give him a like on Twitter for us! @ShenmueForever)

In merchandise news, the UK and European Sega Online Shop (www.segashop.co.uk / www.segashop.eu) has revealed a new Shenmue snapback cap! Available for £14.99, the hat displays the phoenix & dragon decal on both the front and base, as well as the Shenmue logo on the rear.  The list of shipping countries include: