One that seems no one has mentioned yet.

Glad they fixed it. now they need to fix some graphical errors with shadows.

This is how some shadows look in the re-release. 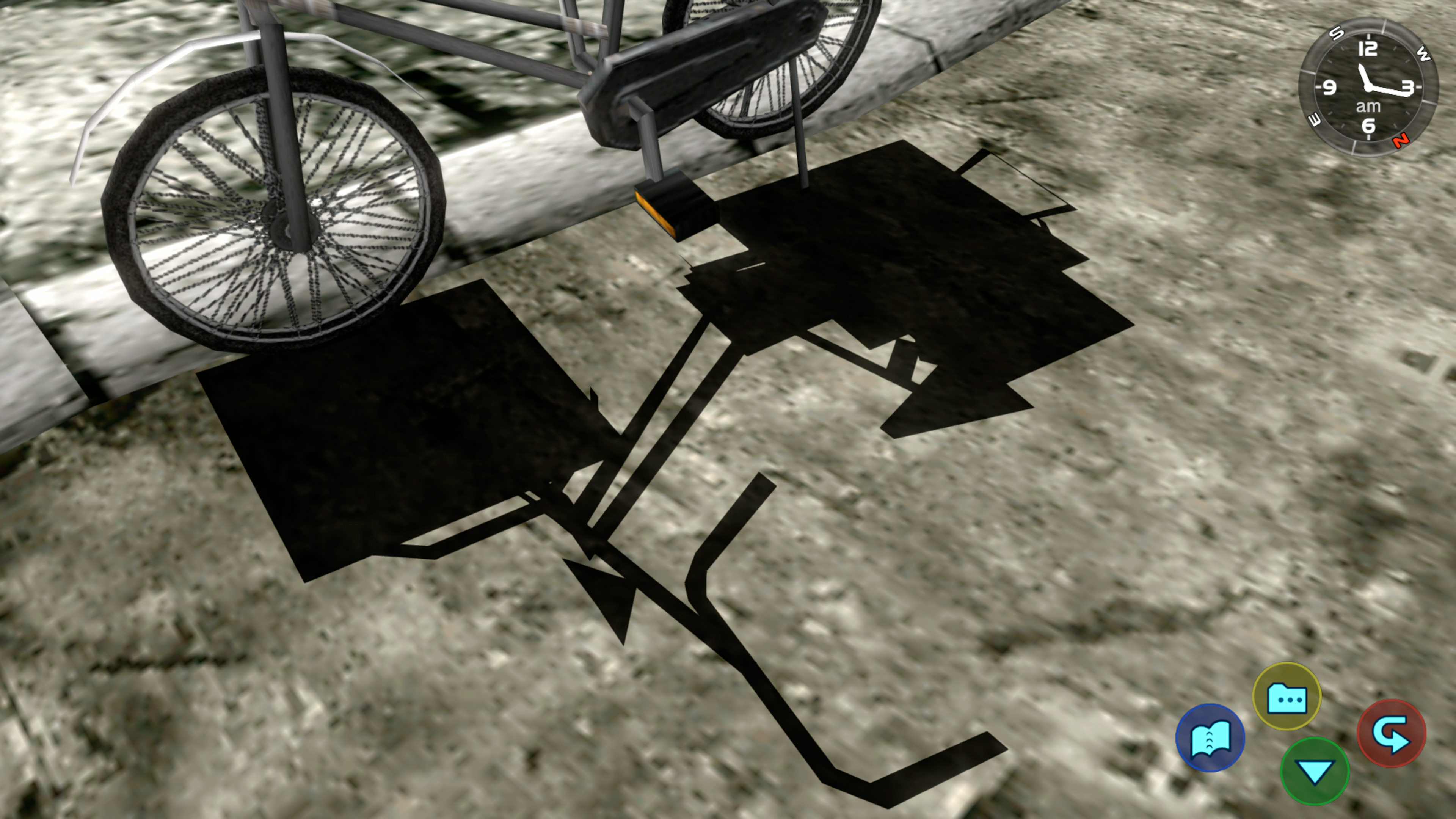 And this is how they look on Dreamcast. 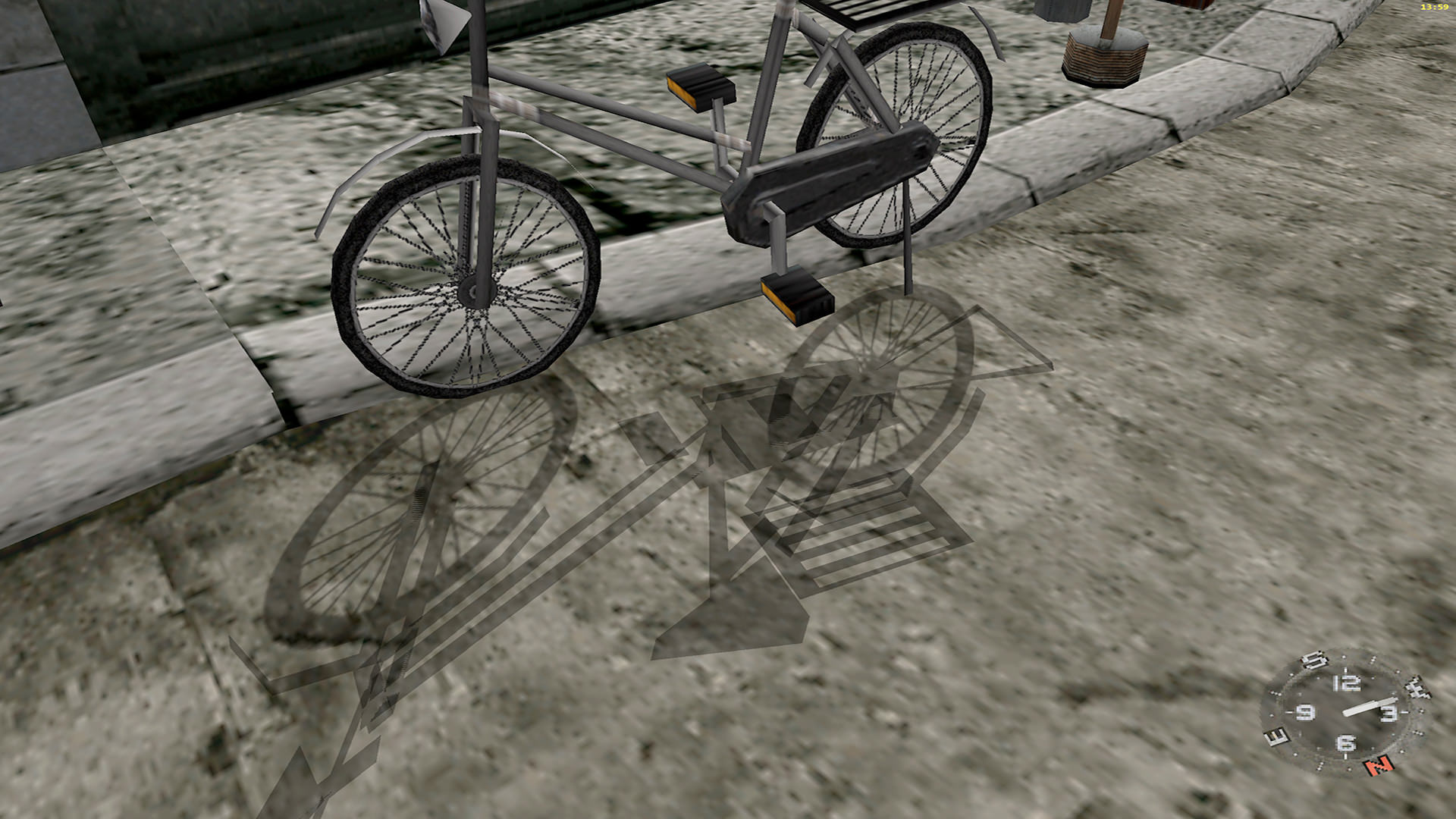 It may be a transparency issue.

Please note the patch is in beta; I’m personally waiting for the general release of the patch because I know with Yakuza 0 they rolled back the first patch in beta when it caused a few new issues, and then it went into general release about 7-10 days later with fixes.

In Shenmue 1, moves are assigned to L2 but L2 brings up the move menu. Shouldn't these moves be assigned to R2?

mjqjazzbar said:
In Shenmue 1, moves are assigned to L2 but L2 brings up the move menu. Shouldn't these moves be assigned to R2?
Click to expand...

Yes, the moves are actually assigned to R2, showing the wrong button icon is a bug.

Thanks. That was driving me insane. I haven't played Shenmue 1 in years, so I thought I was just going nuts and that I somehow reassigned the button unconsciously.

Are you trying while practicing? You can only use the shortcuts when up against someone, as it always has been.

This feature used to be mapped to R on DC because during fights running was still on L, even if you switched the triggers around.
Now it is swapped in fights to match the running in regular gameplay. Confusing, yeah.

Yes, this is while I was training in the parking lot.

The button that brings up the move menu in practice is the one that you can assign moves to. You cannot use the assigned move button while practising. This has always been the case. The moves are assigned to the correct button, there is no bug there.

I’m guessing they’re testing the game in PC first before rolling out across the other platforms. PS4 version is definitely the one with the most faults I’ve found between trying both Xbox and PS4. PS4 version needs a patch, hope it’s soon.

Last bug that occurred for me was the main menu music not working and going silent, only sounded like half the synth key presses were working (background ambience sounds not playing).

Was the greyed out screen bug fixed? Happened to me twice last night on my first play through on PS4. During the Megumi cat cutscene specifically.

Henry Spencer said:
I’m guessing they’re testing the game in PC first before rolling out across the other platforms. PS4 version is definitely the one with the most faults I’ve found between trying both Xbox and PS4. PS4 version needs a patch, hope it’s soon.

Last bug that occurred for me was the main menu music not working and going silent, only sounded like half the synth key presses were working (background ambience sounds not playing).
Click to expand...

Yes noticed this as well during QTEs, half the time the chime would not happen when you pressed it correctly.

I had a few issues during a run of Space Harrier. I had put 2 credits into the machine, and during my first credit play-through I experience no issues. However, during my second credit play-through I had 2 issues pop up, one of which caused the game to effectively softlock. I had no music during stage 4, which is annoying but just a cosmetic bug. Once I l beat the stage the music picked back up. However once I exhausted my second and last credit, I entered my name and was put back to the title screen of Space Harrier, with no way to exit. I had to force quit out of the game. Thankfully I was streaming at the time, so I have Twitch clips to hopefully prove these bugs. You can look at the stream VOD to see the entire Space Harrier play-through if you're curious. All bugs happen on my last run which is roughly around the 1:40 mark or so. Sent the bugs over to Sega already, of course.

Playing on a PS4 Pro with boost mode on, for reference.

no music in stage 4- can't exit the game-

Title: No audio in Stage 4 of Space Harrier

Reproduction Steps: The only time I noticed the bug was when I was playing my second credit (had put 2 in the machine)

Observed Result: When I entered stage 4 of Space Harrier, the background music was not present.

Expected Result: Music is supposed to play in stage 4.

Reproduction Steps: The only time I noticed the bug was when I was playing my second credit (had put 2 in the machine)

Observed Result: I got to stage 6 on my second credit play-through, died, entered my name, and was brought back to the Space Harrier title screen. I had 0 credits, and could not exit the game no matter what I tried.

Expected Result: I believe once you enter your name and have 0 credits the game automatically returns you to the Shenmue overworld. You never should see the title screen when you have 0 credits.
Last edited: Aug 23, 2018

Title: Forced inverted controls in Space Harrier
Platform: PC
Title Version: 1.01 (issue introduced in this version)
Category: Mechanics
Status: Not fixed
Priority: Critical for Space Harrier
Reproduction Rate: Always
Observed Result: Up and down controls for Space Harrier are forced to be inverted as standard. It is also not possible to switch between inverted and normal. Holding A, X and Y on the title screen does not show the "Up input is down" message and game doesn't register pressing start at that point either.

Expected Result: Normal controls should be made as standard, idealy with the old option to switch to inverted if desired.
Reproduction Steps: Just play Space Harrier

devildwarf said:
Hey guys a friend of mine owns the game on steam and had the same "No Sound" problem so after he lent me his laptop to look at the problem i have found what causes it and how to fix it, The problem is caused by Xaudio2 used in the game, Windows 7 SP1 handles it differently to other OS's so thats why the problem only happens on win7, to fix the problem the best method is to install KB2533623 reboot and it should fix the problem (the other method is to install a new version of windows). Anyway that fixed the problem for him, if anyone else could test it i would appreciate it, Thanks
Click to expand...

Thank you SO MUCH!

This one is so scary
R

Yokosuka said:
This one is so scary
Click to expand...

Okay who is strangling the cat???!
O

So, I walked around the harbor in first person view for a while. This is how it happened (on Xbox One):

Edit: I also finally got the "Practice Makes Perfect" achievement. Earlier, it wasn't popping even though I met the requirements (train in the dojo). It didn't actually work until I reached the "2nd disc". Basically, any time after you complete the QTE sequence of chasing down the guy from the Asia Travel Co.
Last edited: Aug 23, 2018

I also had the save problem where it quick boots you out at the end of Shenmue 1. I redid the ending and pressed nothing on the 2nd set of credits till the save screen showed up and it let me save on my 2nd attempt. To note you unlock 70 man battle time trial and Yokosuka weather choice once you do get a complete save. It's nice they kept these
Last edited: Aug 27, 2018

Yokosuka said:
This one is so scary
Click to expand...

Title: Can't focus the camera directly on the Fridge in Hazuki's home, in order to open it. Instead have to focus on the nearby drawer and then shift the camera to the fridge
Platform: PC
Title Version: 1.0
Reproduction rate: Every time
Category: Camera, game play
Status: Not Fixed
Priority: Medium, need that milk.

Title: Opening up the settings menu whilst standing in front of the mirror in the hidden basement of the dojo only shows Ryo's flashlight in the background, but not Ryo himself (he turns into an invisible ghost holding a flashlight).
Platform: PC
Title Version: 1.0
Reproduction rate: Every time
Category: Video, rendering
Status: Not Fixed
Priority: Minor

Title: While talking to Bob of Bob's burger after having booked the boat ticket at the travel agency, when the time turns to 7PM and Dobuita lights up, there is a rendering and camera error (might apply to other scenarios too)
Platform: PC
Title Version: 1.0
Reproduction rate: Only observed once
Category: Video, rendering
Status: Not Fixed
Priority: Medium

Title: When Ryo throws his jacket on the floor in the dojo before sparring with Fuku-san, the jacket blends in with the wooden floor.
Platform: PC
Title Version: 1.0
Reproduction rate: Every time
Category: Video, rendering
Status: Not Fixed
Priority: High

Title: It is a bit difficult to figure out how to quit the game, as the quit button is placed among the settings for the game
Platform: PC
Title Version: 1.0
Reproduction rate: N/A
Category: Usability
Status: Not Fixed
Priority: Medium