What are you playing?

playing dead rising 2 ( ps3). i completed it when it originally came out, but it's been so long now ive pretty much forgotten the story.

@Dietsoap Well it is not that simple. There are many different reasons for liking a game. If you are a old School Re Fan like myself that felt the old forumula was just perfect RE 4 is an Insult at every Level. It has Nothing to with Re Story wise it is not scary anymore and it is just a shooter. The new Gameplay cannot be blamed for that though. in 2008 EA of all People showed with Dead Space how to make a over the shoulder Horror game Right. It had the same Gameplay Elements as Resident Evil 4 but was way more scarier and not cringy as hell . But that is common Problem for japanese Devs. they lose their Focus way to easy. Both Mikami and Kojima had a few good ideas in the ancient past and then they lost their mind and overthrow everything that made their games great in the first place. Mikami did that with RE 4 and Kojima with MGS 5. That is another reason why I really like Yu-San. Even after a long abesence he still managed it to make Shenmue 3 look and feel like Shenmue. That is Incredible.

But that is just my opinion. If you did not like the old RE Formula that much RE 4 could be the perfect game for you.
Last edited: Jun 4, 2021
B

Welp I started up both Atelier Ryza and Ryza 2 on Switch. Had tried the first one pretty briefly on PS4 until I found out about the censorship so was glad to be able to get them here instead. Nay thing is now I’m just excited to jump into the sequel instead where lots of stuff is improved instead of playing them in order. Maybe I’ll just take turns doing sessions of each lol

Virtua Fighter 5 Ultimate Showdown -- getting my ass handed to me way more than not, but having fun trying to learn it proper. Made it to 8th Dan in ranks online. It has taken my usual spot of Tekken 7 for now.

Grand Theft Auto V -- I had a real itch to go back to GTA V and have another replay on PC for whatever reason. The more I revisit this game, the more I like it. I really like the dynamic of Trevor and Michael. Franklin I could leave, but Trevor and Michael really do make this game for me. I don't know, just had an urge to go back to it for another play through of the story.

Waiting for Ratchet and Clank Rift Apart to drop this week as well....

For such a simple ai-driven game, why it feel almost like its making perfect counter moves.

I picked up Red Dead Redemption 2 in the Epic sale the other day.

First time trying a Red Dead game, but it seems like fun from what I've played so far. Can definitely see it getting its hooks into me once I get into it properly.

Alright I get stucked with a boss of Outriders, so I paused it.

Idk who recommended me here Sleeping dogs. I'm playing it. This stuff it's really good! I like it so far, I think I'm in the middle of the story.
R

Jibby said:
I picked up Red Dead Redemption 2 in the Epic sale the other day.

First time trying a Red Dead game, but it seems like fun from what I've played so far. Can definitely see it getting its hooks into me once I get into it properly.
Click to expand...

my only complaint about red dead 2 is that, for me..the game felt too long (google says it's 48+ hours). otherwise it's quite fun.

I never finished Red Dead 2. I was enjoying it but just never got around to finishing it...I think something else came out and took my attention around that time. (I think it was Spider-man or something like that?)

Ninja Gaiden Master Collection. Just put away Sigma 1 about 70% of the way through story mode. Moving on to Sigma 2 to see if it's better. Mostly excited about Razors Edge which will be next.

PSO2, putting the finishing touches on RE8 (I have 100%ed it, but my RE.net is still missing a few things, like maxed out weapons and 100% story completion since I haven't beaten it on Hardcore yet), and playing an indie Metroidvania called Fearmonium. It's pretty solid, and the in-game sprites are wonderful, just the right amount of cute and cartoony and creepy.

Resident Evil 8. Just like RE4, it’s a really fun and all-around great game. But Resident Evil, it ain’t.

I'M HERE TO KILL CHAOS! Or in other words, I played the demo for Stranger of Paradise: Final Fantasy Origins. I'm not the biggest fan of Souls-like combat and I think this game has some of the same issues I have with Souls-like combat in general.

Sometimes its too janky for its own good and super annoying when fighting multiple enemies because of how janky it is....BUT, I will say, I actually kind of enjoyed this demo more than I thought I would. I wish the combat was more Ninja Gaiden and less Souls-like but what can you do? At least Team Ninja make a fun varient of Souls-like combat, I guess.

Also, either the demo is lenient or the game is just easier in general than most Souls games. Granted, you do at least have a difficulty option out of the gate and I did go with Normal because I'm admittedly shit at Souls-like games. But I didn't find this demo all that hard to beat. It was surprisingly easier than expected. Maye it's because you can switch out jobs on the fly given you instant access to Mage powers that made this seem easier to me. It was much easier to sometimes stand at a distance and throw out mage powers on certain enemies.

I don't know, the demo did leave me interested to maybe check out more of this...but yeah, I just wish it wasn't the janky Souls-like combat. Unpopular opinion, but I really don't like the jank of Souls combat in general.

Dunno if anyone here are Kingdom Hearts fans, but I've been playing number 3 recently. It's not bad.

its good fun. obviously a must play if you own a ps5.

i played the game on medium difficulty. the game is very forgiving as when you die, you simply get restart very close to your time of death. any other game, you would have to restart at a save point.. which doesn't sound bad but, i would of been pulling my hair out as in ratchet and clank, some of the enemy encounters are very manic + there is no real indication as to when your health is very low.

i also found the story/dialogue a little hard to follow in points, not because its a complicated but because there is so many explosions and flashing lasers on the screen, its a bit like a transformers movie lol

Going back to some more Sega CD games. Just beat The Space Adventure: Cobra. It plays similarly to Snatcher, in that it's a sort of graphic novel/adventure game hybrid. I was mixed about it, it's kind of rare to have a cinematic game with pixel art, so that alone makes it worthwhile if that appeals to you. I think this and Snatcher are the only two games I know of that are like this (not counting adventure games like Rise of the Dragon).

It just felt really janky, which is weird since it's not a platformer or shooter, or anything that requires real-time control. A lot of cinematic cuts just took way too long, there are too many times where you have to select the same option multiple times to progress, which isn't very intuitive (Snatcher sometimes does this, but it's much smoother overall). The pixel art is pretty awesome, but the animation and music isn't very good. Some people criticize the dialog and acting to be kind of cheesy and nonsensical sometimes, but that's part of the appeal for me. And it also has boobs, 10/10.


The final mission started out awesome and highlighted a potential gameplay loop that could've been fun, but it quickly got frustrating and I just wanted it to end. You're navigating through a small map area while enemies are moving around on the map. If they come into contact with you, you get into a battle that plays out almost like a turn based RPG (which looks cool due to the cinematics). The problem is there was no rhyme or reason to know which move to use and it feels random if your attack works or not. I had a fight where I missed like 19 out of 20 attacks, even though I went through all of my options. Sometimes you can defeat an enemy, and then another one will engage with you before you even had the chance to move one space. Kind of a cool concept, but poorly executed.
I'm now going through Popful Mail, which is a sidescrolling action-platformer with light rpg elements. So far I'm liking it, it has great music and a lot of funny VO. I thought I would hate the humor but so far it's a breath of fresh air. My one complaint so far is you don't get enough invincibility after getting hit, so it's easy to all of a sudden get stuck in a damage loop, and then you die.

Been playing nothing but valorant.

I've been into a lot of co-op or multi-player games lately. It's hard to get your real friends together in a common game consistently as we get older, so at least I got the pandemic thanks for that. I highly recommend Valheim, R6 Siege, Rust and Deep Rock Galactic as some of the best in their respective genres and a guaranteed good time with friends.

I've been playing for the last week A Plague Tale: Innocence and finished it today; I bought it on Steam Summer Sale.
All I can say is thank god there are still studios and game developers out there that are still very passionate about creating games that tell a great story and A Plague Tale: Innocence is among the best I've played recently; in a way it reminded me a lot of the original Last of Us.
The story in this game is great; the gameplay is also very good and the world is just amazing; they really managed to create an immersive medieval France with great attention to detail in everything.
Living in Portugal wich is also a country with a rich medieval history; I could really identify a lot similarities in the arquitecture; the art; the churches; the small medieval buildings; etc..
This game is an authentical virtual journey to medieval times; accompanied by an amazing soundtrack wich left me completly immersed from beggining to end.
The game is also currently available for free this month on Playstation Plus; so if you have a subscription don't miss out on adding it to your list.

This game also reminded me a lot of one of my favourite medieval movies from my childhood called Ladyhawke.

Here are some beautifull shots that I've taken in my Playthrough: 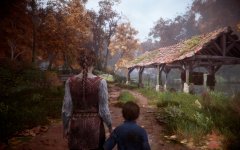 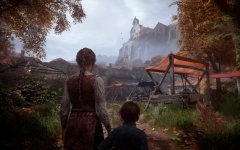 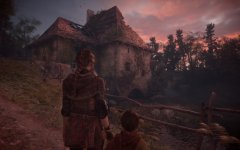 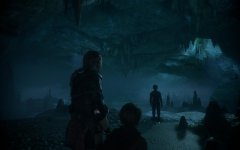 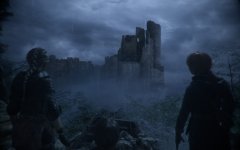 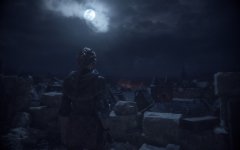 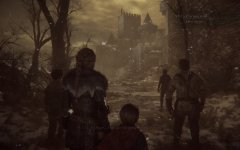 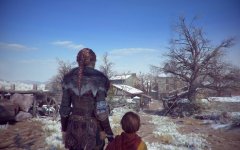 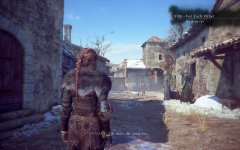 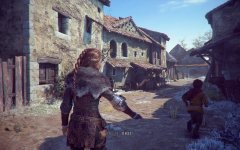