You Arcade said:
If the banana and apple really is a reference to Shenhua's house, that's got to be the vaguest possible Shenmue reference they could use lol.
Click to expand...

True, but Shenmue fans knew straight away what it may be referencing lol

Let's be honest though, we could turn just about anything into a Shenmue reference

I played through Shenmue 3 multiple times and haven't made special note of the banana and apple.
If that's a reference to Shenmue, then literally anything could, like a wooden log.

It's probably not Shenmue related

So being serious, hypothetically let's assume it is a Shenmue IV announcement, I wonder what our options are:

1. A simple statement announcing they have partnered with YS Net to release Shenmue IV, aiming for a release whenever
2. A simple "teaser" for an announcement, something fairly simple but designed to create a buzz
3. A full on trailer announcing the game

And I wonder if all these teases and the fan response has ultimately forced their hands or if this was always the plan. Assuming of course, it really is a Shenmue IV announcement. I'm trying to not get ahead of myself.

What do people think?

Rikitatsu said:
I played through Shenmue 3 multiple times and haven't made special note of the banana and apple.
If that's a reference to Shenmue, then literally anything could, like a wooden log.

Shenhua. “ I’m sure I left a banana and an apple on the cabinet” (reddit 2yrs ago)

I have played through the Bailu Village part of Shenmue 3 three times and have never noticed the banana and apple at Shenhua's house. As much as I want to believe, the reference to a banana and apple and a new Shenmue game is fairly weak. I do think 110 industries may have some Shenmue news soon, but I am leaning towards something not Shenmue related for this one.

Reprise said:
Let's be honest though, we could turn just about anything into a Shenmue reference
Click to expand... 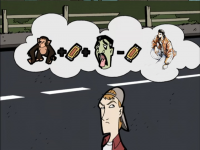 Honestly you have to watch the big picture... this fruits in specific have not bursted out of thin air there's the whole since day1 subtext. Every single hint has been imo measured enough and leaning every time closer to S4

To be honest though, we could play a game where I upload a random picture of any object in my house, and someone on here could probably find it within one of the Shenmue games That's just the nature of the games, due to the sheer detail that they contain.

I still think that they are working with Yu on something, and that is what we will hear about in a few weeks. My guess is that he is being brought on as an advisor for their games, with the endgame being the aim of raising enough money to continue the Shenmue series. That kind of announcement would be awesome, as one, we would be getting more games from Yu (in some sense), two, he would be learning more about the state of the industry as it is currently (which would bring Shenmue 3 up to the quality and technical level that is expected today from "modern" gamers), and finally, three, we would be getting a confirmation that ultimately more Shenmue is coming in the future, instead of having this uneasy feeling where we do not know what's going to happen.

I hope that I'm wrong and we get a Shenmue specific announcement though, that would be the dream! If it was 110 Industries (and Yu's) long-term goal to help Yu make Shenmue IV, then maybe they could chuck some money towards helping Season 2 of Shenmue the Animation as that would fall inline with granting Shenmue IV a bigger audience, as people could watch Season 1 & 2, and jump right into S IV.

These next few weeks are going to be tough, that's for sure!

Not getting my hopes up. This could just as well be a Monkey Ball announcement (which wouldn't be bad, but not as good as Shenmue 4)

c'mon you can make me lmao this much XD


Jigen said:
Not getting my hopes up. This could just as well be a Monkey Ball announcement (which wouldn't be bad, but not as good as Shenmue 4)
Click to expand...

Excited for their next tease: 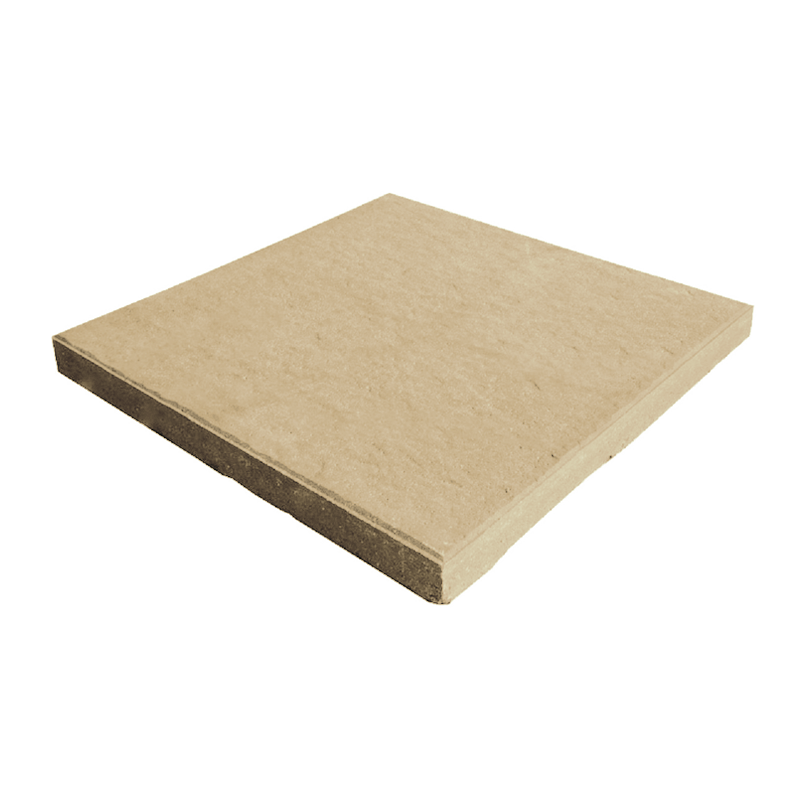 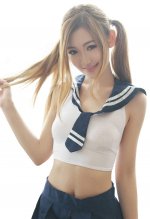 110's next tweet. Random model in a School Girl Outfit. 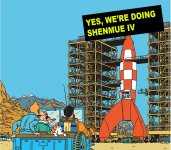 If this isn’t Shenmue 4, you’d think they’d stop doing this by now. 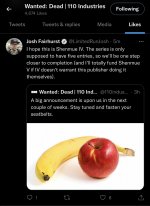 Oh please for the love of god. Please let it be what all of us think it is ..